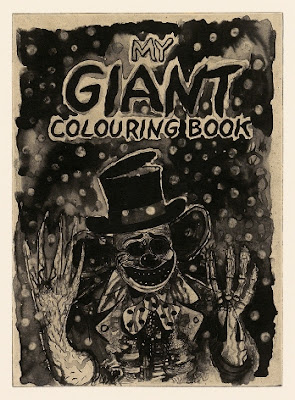 Stop by the V&A Museum of Childhood on Cambridge Heath Road to view the weird and wonderful Jake and Dinos My Giant Colouring Book exhibiton.

Taking inspiration from children’s dot-to-dot picture books, the images are then copied through photo-etching onto copper plates. The result is a collection of slightly eerie creatures and landscapes. The two British artists combine the innocent original art form with ghoulish creations to make darker images of fantasy.

The captured creations include sabre-toothed owls, psychedelic grinning cats and bears trapped in the belly of the mythical Loch Ness monster. Dinos Chapman described the series as being about "how wrong you could make an image”. 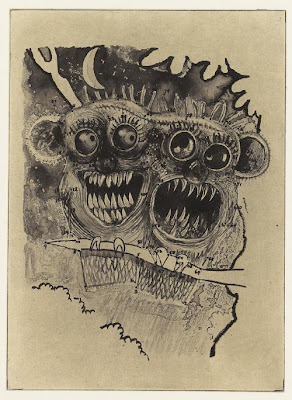 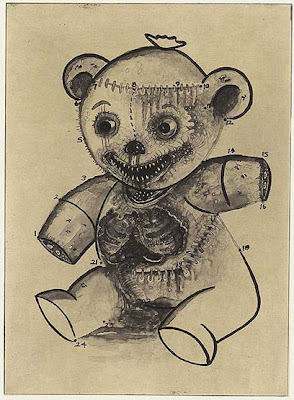 The exhibition is on now, with the artwork on display until 8th January 2012.

Email ThisBlogThis!Share to TwitterShare to FacebookShare to Pinterest
Labels: Events and Shows