If you came along to Bubble's A/W15 show, you might remember our OOTD chair installation, complete with giant balloons. We thought it looked seriously impressive - but Covent Garden has gone one (or rather 100,000!) better. 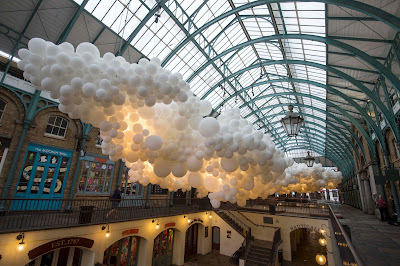 The 54 metre creation is lit by a gently pulsating white glow, which represents Covent Garden's status as the beating heart of the area. 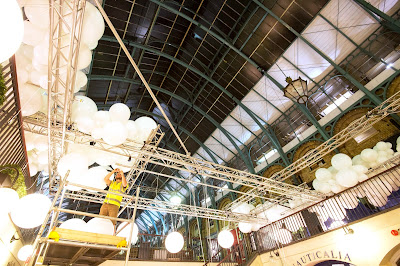 Pétillon is best known for his Invasions, in which he fills ordinary spaces - from basketball courts, to derelict houses and even cars - with thousands of white balloons.

He explained that these sculptures change the way people see everyday things - adding that his latest work was designed to be as alive and vibrant as the area itself. 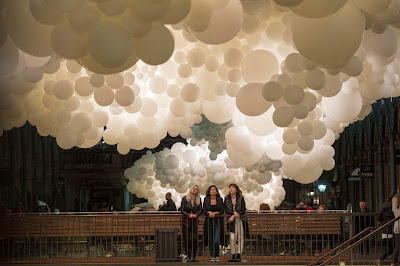 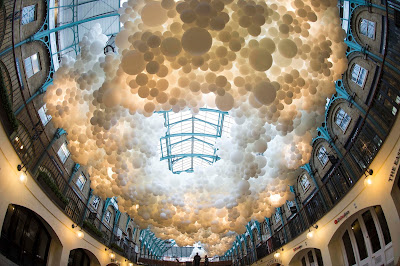 Heartbeat will run until 27 September, alongside a pop-up gallery featuring Pétillon's photographs and work. Catch it while you can!

Email ThisBlogThis!Share to TwitterShare to FacebookShare to Pinterest
Labels: Events and Shows