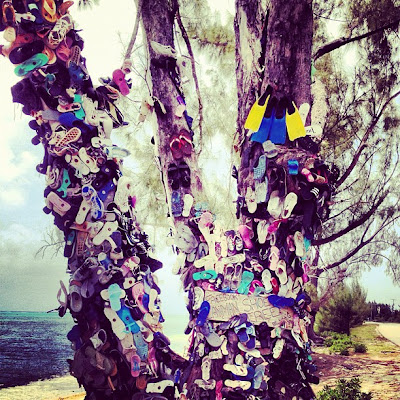 After category four hurricane Ivan hit the Cayman Islands in 2004, causing $18 billion worth of damage in total, the amount of shoes washed up upon the shore of the islands increased dramatically.
Having met and fallen in love on Grand Cayman, a 'crazy about recycling' couple Wolfgang Brocklebank and his fiance, Giovanna Inselmini made it their mission to draw people's attention to the need for a solution for ocean debris. 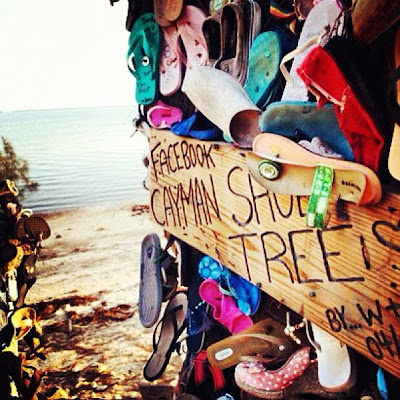 One day, on one of their favourite beaches near Mortiz on the
No two shoes were a perfect pair.
The couple selected a dead tree on the South Sound road,  just south of
Soon, other people began leaving more and more odd, discarded shoes by the tree. Wolfgang and Giovanna decided to place a metal box at the base of the tree, with nails and a hammer, letting people carry on the new tradition. And so the Cayman Shoe Tree was born.
Posted by Bubble and Speak at 10:15